#AutisticWhileBlack: Race, AAC, and The Right to The Voice of One's Peers 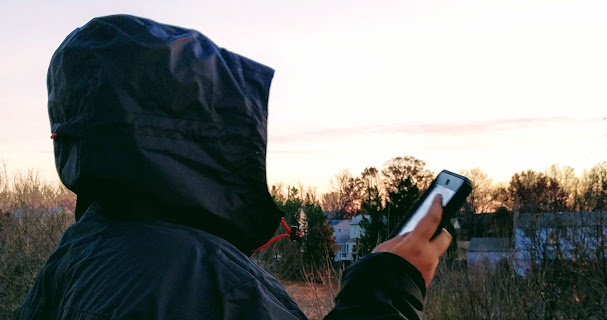 In 2017, O, the Oprah Magazine, commissioned a famous white photographer, Chris Buck, to deliver a series of shocking photos on the reality of how racial inequality is socialized into the American psyche. The most striking photo is of a white child with long blonde hair standing in front of a shop window filled with Black dolls.

Had Oprah's team thought this through, they would have chosen a talented Black photographer to both present the topic and uplift Black photographers from obscurity. But the reality of what life was like for me and all my peers as a child was clearly displayed in that script flipped series of magazine photos.

Asking me why I want anything specifically African American for my Black autistic son is a highly painful personal question. The answer lies in the reality thrown into stark relief in the photos displayed in that magazine. We are taught through every channel of mass communication that our societal worth is less than whites. This system attempts to subliminally teach us that we are not humans who matter. It is meant to remind us that the world is not made for us.

Our country dictates the scope of our culture and societal value by how we make the dominant culture feel and react, and how we serve and entertain them. These views of speech, beauty, justice are subliminally infused in our daily lives. Our hair is "not right" because the standard of beauty is white hair, which is largely straight. Our speech is "not right" because our English has a lilt and flows like music. It is okay to have a foreign accent but not okay to have an Ebonic one. We were taught to eliminate the Blackness from our voices if we wanted to succeed and lift our race above poverty.  It seems to be okay for white people to mimic and mock our speech, or to profit from our athleticism, creativity, and intelligence, but it has been taught to the white majority that to date, the African American Vernacular (AAVE or AAE) is a sign of a lesser command of English rather than a cultural variation. AAE has been used to diminish us and make us feel that we are not educated enough or assimilated enough to be acceptable to mainstream society. It has been used to excuse injustices like disparities in criminal justice, healthcare, and work-life benefits.

Asking me why would I want an Assistive Augmentative Communication (AAC) device made to serve my son to have the voice of my Black brother is like asking why I would want my son to have a Black prosthetic arm instead of a white one. The idea of having this option is long overdue. If my son could use verbal speech, his voice would not sound like any of the voices on his current AAC devices. It is a question that shouldn't have to be asked. It matters more than anything that a person has the equivalent of a speech device made for the entirety of who that individual is. And right now, in 2020, that option does not exist for my son and his AAC using Black autistic peers.

But this question is extremely painful for me. There was a brief part of our son's life when he could use verbal speech. Somewhere we have a video of him speaking Turkish to me. It happened when his father was asleep and I was recording. Our son asked if he could have some food. His voice was the African American toddler version of his father's. His Turkish was beautiful. I witnessed that he fully understood the Spanish other toddlers at the playground spoke too. He responded appropriately to all their requests he join them in play and on various pieces of playground equipment.

I am a heritage Spanish speaker. My husband is a heritage Turkish speaker and our daughter is an interpreter and educator. Realizing our son had a facility for being multilingual with the ability to smoothly code-switch from one language to another was one of the happiest days of my life.

Our son still has that talent for a receptive understanding of many languages. But the hope of verbal speech, impeccable AAE/Turkish /English/Spanish with that distinct AAE lilt is gone. The idea that he could have a voice that even slightly resembles the one he lost in his assistive technology is both exciting and heartbreaking.

We have a right to the same quality of life white disabled people already enjoy. Asking me to give reasons why a nonspeaking autistic Black teen would need an African American voice on his AAC device shows how much further we need to travel to get there.

P.S. The need for a variety of African American voices on AAC devices is also a matter of hope. Hope that someday, AAC device access will not be blocked by affordability. A disabled Black nonspeaker's right to the assistive technology they need to communicate should not be something unaffordable to most of our people. AAC devices, like prosthetics for physical disabilities, should be available and affordable to all, regardless of race.